Making a Difference with VAEI Blue Apple's "What's In Your Water?"

Students learned about and traced our local watershed and the drain that empty our school parking lot leads to Lake Michigan. They tested several local bodies of water and learned about water scarcity on the Navajo Indian Reservation. As a culminating challenge, students created a fundraiser to support DigDeep and the Navajo Water Project. Students even planned and hosted a full-school kickoff assembly to raise awareness that people in the United States struggle to have access to water. In the end, Blue Star raised $275 for the charity.

As a teacher, I would highly recommend exploring this and other Blue Apple units of study from Van Andel Education Institute. Not only are the units well written and come with a full set of supplies, but the real-human support that Van Andel provides teachers using their curricula is tremendous.

Check out the video shot and produced by VAEI. The video really makes me proud to step back and not just think about the content mastered by these kids but the ways in which we see them interacting and going about that learning.

One of the most fun and engaging activities I have developed this school year is the "Big City Scavenger Hunt" in Google Earth. Basically I give students ten things to locate in a given city and they can use all of the tools within Google Earth find them. A Google Slides document is used for curating each found item in the form of a screenshot and a location.

As a way to get to know New York City for an upcoming cardboard skyscraper construction project, teams took on the challenge pictured above.

You can make your own copy of the template slide by clicking here. You'll be able to changes the items to find and make it for any city you'd like.

I tried to use a combination of ones that could be simply searched like "baseball stadium" but also included some that will really pull at reasoning like "Where in New York City are we going to find a ranger from the National Parks Service?". Some are just totally random like "hot dog cart" that they just have to get lucky searching the streets...although hot dog carts in Manhattan are pretty easy to spot.

There are a ton of curricular adaptations that can be made from this one simple activity:


From Young Fives through fourth grade, there really isn't an app that is more universally (pun unavoidable) beloved than Google Earth. My students are enthralled every time they get to explore. It's an easy hook and a great way to make them deeper thinkers and digital explorers.

This activity works well on both Chromebooks and iPads.
on January 09, 2020 No comments:

On a Saturday way back in 2014 I was honored to present the keynote address at the Michigan Connected Educators Un/Conference. Here are my thoughts I shared with the group. The message is pretty timeless in the sense that six years later I believe this message even more. I have now updated my original post from what I shared with the conference back in '14. It's all still true today.


I started teaching in January of 1995. Who I thought I needed to be in the classroom was a combination of Michigan's legendary football coach Bo Schembechler and Sgt. Hulka from Stripes...and to some extent it was required. I took over a fourth grade classroom for a retiring teacher who had taken every Monday and Friday off the entire first semester. When I had been there eight days, it was the longest stretch of consistency these kids had had all year.

I had high expectations. I was loud with very low tolerance. I expected my students to be exactly like I had been as a student, compliant. Do what I ask when I ask it with few questions...It wasn’t very fun for any of us. I wondered how I would ever endure 30 more years of this.

In 1998 I faced what I figured would be a “make or break” task. I would be teaching a 5-6 split.  I would have six 6th graders who all were academically gifted in one way or another and seventeen fifth graders who hadn’t been selected for the previous year’s 4-5 split, primarily due to academics. How was I going to tackle this?


What got me through it was the power of using project based learning with the sixth graders....primarily to keep them occupied while I tried to get my 5th graders ready for the state assessment....MEAP test. That approach overtook my teaching that year and by June all kids were working on all kinds of projects and learning together in so many ways. It also became one of my favorite years of my career. You can smile and cheer instead of bark and gripe when your kids are constantly engaged.

That small group of sixth graders always reminded of the kids in My Science Project (watch the whole thing on YouTube) and from there I discovered that everything we need to know about engaging kids can be learned somewhere in an 80s movie.


Lesson 1: What makes tech useful in the classroom. I present to you the ultimate piece of educational technology. Just watch this trailer and think about how this phone booth  from Bill and Ted's Excellent Adventure does exactly what we want our technology to do.  These guys have incredible access to primary sources and get to witness history.  It is total immersion in content.

If you remember how the film ends, these two put on an amazing rock concert-like oral report. They had the tools to gather information and then presented in a way that expressed the learning through their skills as rock and rollers.


The next lesson is to value the time together. We can not monopolize the time.  Jeff Spicoli actually makes a great point in the following clip from Fast Times at Ridgemont High.  Mr. Hand shouldn’t be the only one having all of the fun...if we can call it that.

There is probably a better way to set up a "feast on our time" though...but to Mr. Hand's credit, he cared enough about Jeff that he even went to Spicoli's house to make sure his surfing student completed enough work to graduate. Time called Mr. Hand the "original No Child Left Behind Teacher".

Lesson 3: Kids love to the make stuff but it’s our job though to channel that energy into the right opportunities. Gary and Wyatt learned the hard way about being  responsible with technology. Okay....this 3d printer might trump the phone booth for top tech honors but we are still talking about technology being used educationally!  Weird Science brings one more thought to mind. Did these "two guys" grow up to be Brian Briggs and Ryan O'Donnell, the Bedley Brothers, Brad Waid and Drew Minock, or Kyle Anderson and Joe Marquez?

Somewhat related to #3 is that kids just love to mess with stuff. Even back in 1983 before anyone knew what hacking was, War Games featured some random teens monkeying with North American Aerospace Command (NORAD) and its super sophisticated computer the WOPR. Then in 1986 a kid who looked a lot like the War Games kid was hacking his high school attendance computer so he could go to the museum and a Cubs game. Poor Ferris. He asked for a car and got a computer. Talk about being born under a bad sign. But....he had Internet in 1986. That's not all bad. I wonder if David Jakes ever bumped into Ferris' principal Ed Rooney in any Suburban Chicago educational circles. Rooney could have learned a lot from Jakes.

#5 is a concept that took me a long time to get my head around. That inconvenient truth is that in the classroom you cannot use the same approach or lesson design for every kid. You have to diversify your instruction according to each kid's needs. No 80's film better exemplifies this than The Breakfast Club. The principal in the film, Mr. Vernon,  required them to each write a 1000 word essay about who they thought they were. Here is the essay Brian ended up writing for all of them.

He is exactly right. Let us never forget that every student is a complex human being and we need to foster development of their whole being.


Final lesson: It's not about you. It's about creating the right environment where kids can thrive. But, that doesn't mean you still can't be right in the middle of the learning fun. Robin Williams in Dead Poet's Society comes immediately to mind but I also give a big nod  to Bill and Ted's guide Rufus and quite possibly the coolest teacher ever captured n film, Mark Harmon's character Freddy Shoop from Summer School.

Get in there and dig around with the kids just like Dean Shareski told us at MACUL back in 2014,


"It's not good enough to be the guide on the side anymore. Be the meddler in the middle."


It's been 25 years in the making for me but along the way teaching has become a lot more of an excellent adventure and a lot of a less bogus journey. All I needed to know about teaching is in the movies of the 80's.
on January 08, 2020 No comments:

I caught this story this morning on Today about changes that YouTube is making to its platform when it comes to videos that creators tag as being made specifically for kids.

The main changes include doing away with comments, no more live chat, no push notifications, not allowing these videos to be added to a playlist, and ending ads that are based off of browser history.

Jim Steyer, CEO of Common Sense Media applauds the changes as a step in the right direction.

The changes however don't create any type of filter to keep kids away from videos not tagged for children.

Check out the full report below from Vicky Nguyen.

I just finished collaborating on one of the most fun professional projects ever. Brian Briggs and
Ryan O'Donnell of Check This Out podcast fame asked asked amazing Ontario, Canada
educator Jen Giffen (also a podcaster) to help them build an
advent calendar full of activities that are creative and can all be done on the Chromebook. 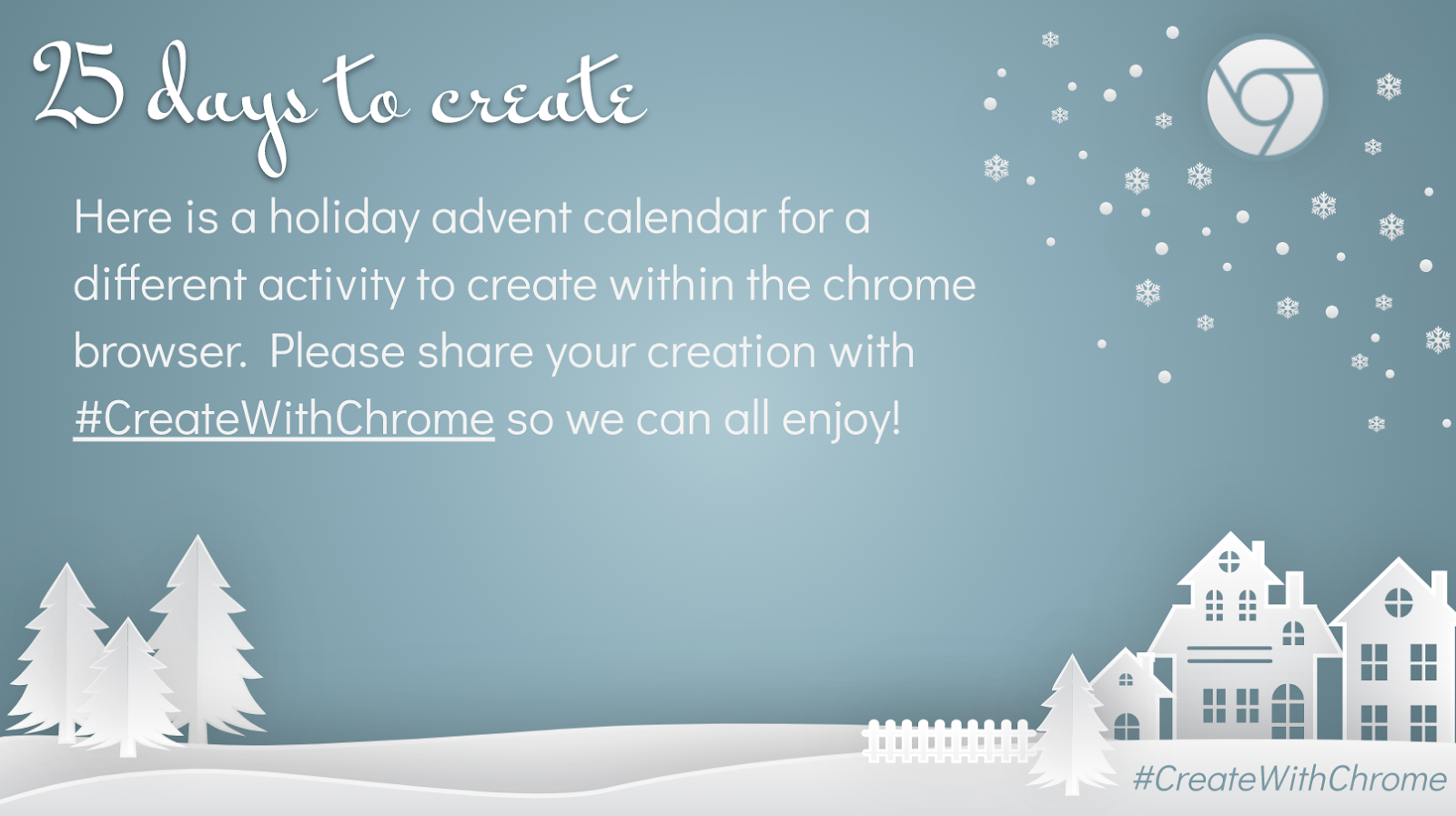 Each day featured some Christmas or holiday themed activity, but there's no reason why now that
the lights and ornaments are packed away, that each Chromebook tool can't be utilized for other
purposes. For example, on Day 11 I introduced Wayfair's 3d room planner which lets users design
their own spaces, furnished (of course) by objects available to buy through the online home store's
website. Have kids create the bedroom of a book character or design an original space and write
about why they chose what they chose. 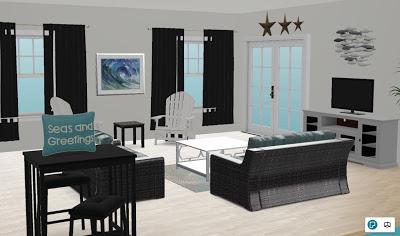 There are 25 different fun sites to try and only a few are holiday-specific like Elf-Yourself so
most are great tools the whole year round.

Grab your own copy of the 2019 Create With Chrome Advent Calendar and have fun exploring.
In the meanwhile check out some of the fun projects various Twitter users made and shared this
Christmas season with the #CreateWithChrome hashtag. 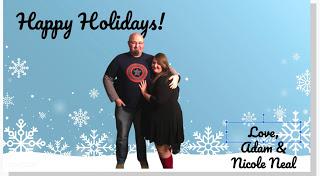 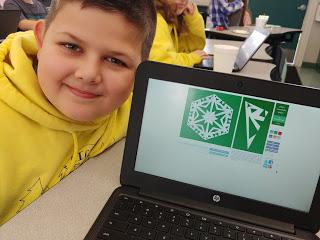 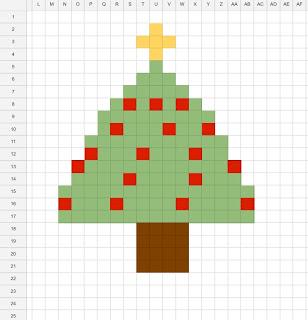 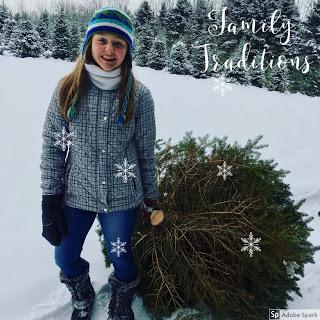 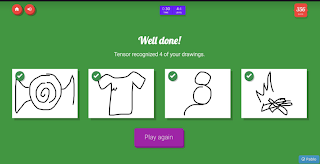 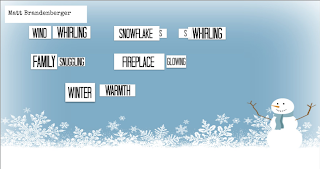 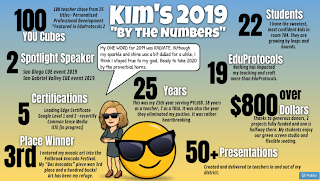 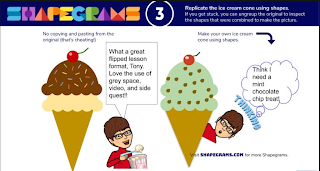