How Glowforge Brings Joy to Teaching Through this Mess - 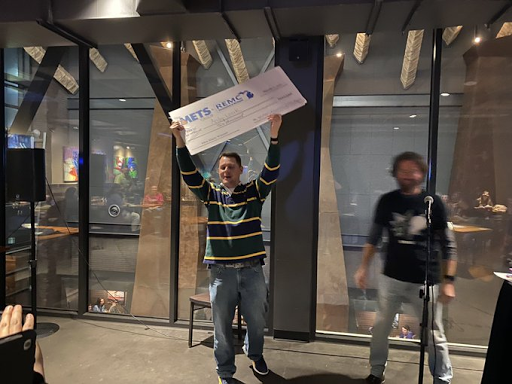 On the night of Wednesday, March 10, I won the $2000 METS Idea Slam at the 2020 MACUL Conference in Grand Rapids. Two days later, the doors to our school buildings would be literally slammed shut behind us.

Since first seeing a Glowforge 3D laser printer demonstrated on its Kickstarter page, I knew that if this device actually became a reality, it could play multiple roles in my elementary STEM classroom. At just under $2500, I also knew it would take some type of minor miracle to fund one and get it into the hands of my students. Having attended multiple METS Idea Slams in the past, I figured it was about time I step up from the audience to see if a minor miracle might be in the cards. All I wanted to do was share from the heart all of the ways I see an intuitive laser cutter and engraver transforming the maker space. I laid out how my kids try to prototype, but we don’t have the tools to create truly meaningful items and I pitched that with Glowforge, entrepreneurial lessons could also be included as kids fundraise off of the things we make...and my spiel worked. Like I had just won the Stanley Cup, I hoisted that big fake check above my head, so excited about how my students would soon be creating with this amazing device. Then they shut the world down.

As we all attempted to make some semblance of whatever teaching last spring was, I remained buoyed by the excitement of winning the Idea Slam and through REMC’s help, my Glowforge arrived in early May. I did some Zoom demos for students and started to find ways the device could still be part of virtual STEM. One of the last units I taught was on design thinking and I hosted a contest for students in grades 2, 3, and 4 to design a commemorative wooden coin to mark the completion of the 2019-2020 school year in STEM. From the kids’ instant buy-in you would have thought we were designing the next dollar bill. Of all of the activities, I taught during quarantine, this one by far generated the most excitement. In the end Autumn, a third-grader had the winning design and on the last day of virtual learning, kids who stopped by the school were presented with her token. When I asked students this fall what their favorite virtual activity was, the design contest ranked amongst the favorites. Even during the three-month shutdown, Glowforge helped me bring joy to learning.

The start of the 2020-2021 school year in Hamilton, Michigan began with students separated into cohort pods. My STEM room became a make-shift second-grade classroom and all of the materials like Legos and Sphero robots, that typically elicit bounties of joy were all stashed away. STEM time was reduced by 10 minutes per class period and instead of building towers with timber planks and skyscrapers out of cardboard, everything became screen-based. Because I was bouncing to eight different classrooms per day, the Glowforge remained at home.  I was relieved to be back teaching face-to-face, but I was exhausted and I was struggling mightily to find any joy in anything we were doing. 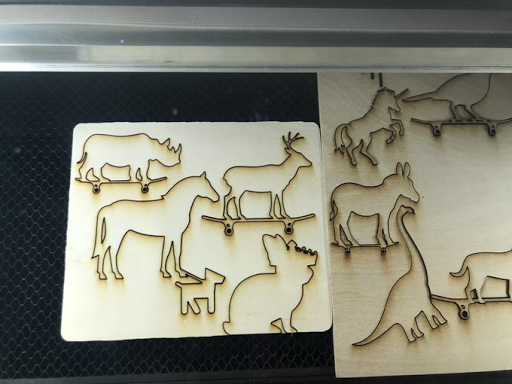 Toward the end of September, Hamilton made the decision to return to full classrooms and to the traditional specials schedule where students would come to the STEM room. With my own room back, Glowforge could finally make its debut. It has not disappointed us.
In the past, we have worked on projects that have taken us months. In the first week of having Glowforge, kindergarteners were designing pumpkins in Keynote, and we were cutting them from birch plywood in the same class session. 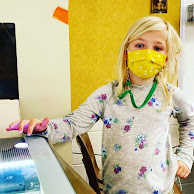 Instantly, the joy had returned to STEM because kids were creating on a screen yet taking something tangible with them. 1st and 2nd graders used the animal shapes in Keynote to create characters they would later write about. They were amazed when they returned to class with their skateboarding gorilla or duck on a motorcycle. 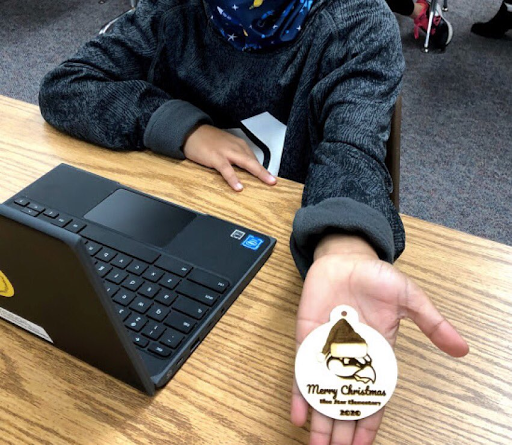 One of the activities I pitched during the slam was to raise money through Christmas ornament sales. Well, the sales are going to have to wait a year, but every 3rd and 4th grader has already begun to take home ornaments they’ve designed that are cut and engraved during class.

Wrapping up 2020 and the holiday season was some epic gingerbread house making. We discovered one day in class that Glowforge will even cut graham crackers with incredible precision. The classroom might smell like the Keebler elves forgot to take the cookies out of the oven and burnt down their tree, but it’s all worth bringing joy back to STEM class. Thanks Glowforge...and thank you METS Idea Slam for helping to fund this adventure. 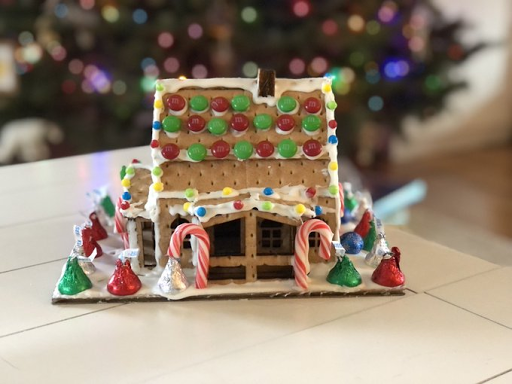 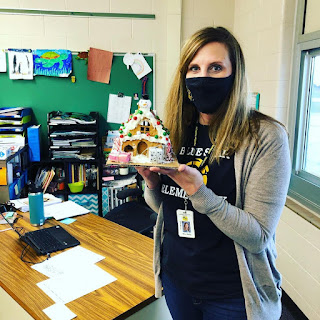